More on My Crow Tarot Deck 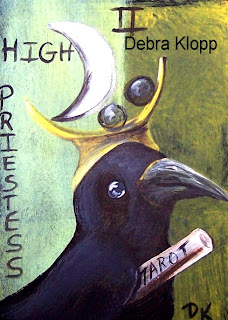 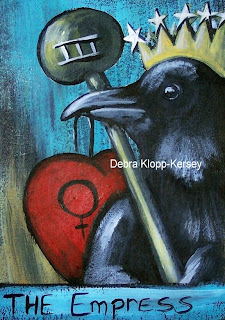 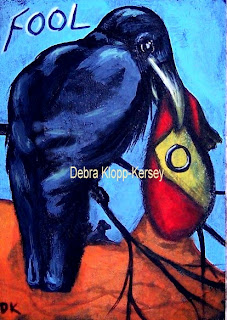 I have painted the first five cards. I am so excited about designing this deck of cards. I began my interest in the tarot in college. I also played around with runes, but just couldn't get the same feel for them.
My first deck was called the Enochian Deck which was wonderful. I then moved on to the Witch's Deck which I still have. I have been looking around and there are hundreds of kinds of Tarot decks to choose from. I have several that I would like to design. I will post some pics of the others as I get them done.
Posted by Cumberland Falls Arts by Debra and Mike Kersey at 7:38 AM

Thank you, I have been planning them for a while.